There are a few important features of correlation that we should talk about: 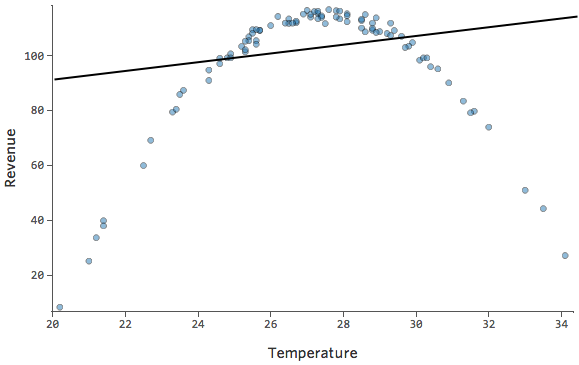 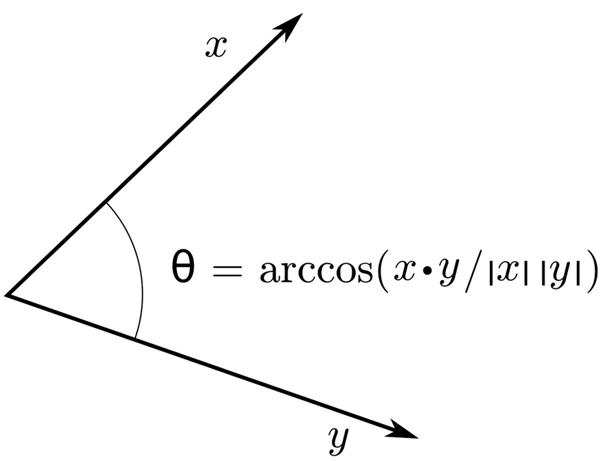 Using Correlation as a Performance Metric

Lets say you are performing a regression task (regression in general, not just linear regression). You have some response variable \(y\), some predictor variables \(X\), and you’re designing a function \(f\) such that \(f(X)\) approximates \(y\). You want to check how closely \(f(X)\) approximates \(y\). Can you use correlation? There are definitely some benefits to this - correlation is on the easy to reason about scale of -1 to 1, and it generally becomes closer to 1 as \(f(X)\) looks more like \(y\). There are also some glaring negatives - the scale of \(f(X)\) can be wildly different from that of \(y\) and correlation can still be large. Lets look at some more useful metrics for evaluating regression performance.

The Coefficient of Determination

Like everything in statistics, there are a number of problems with MSE and RMSE. For example, their scales depend on the units of \(y\). This means that we can’t easily compare the performance of models across related tasks. For this reason, it seems that we would benefit from defining a unit-invariant metric that scales the MSE by the variance of \(y\). This metric, \(1 - MSE/var(y)\), is the coefficient of determination, \(R^2\).

Now we can prove that the square of the correlation coefficient is equivalent to the ratio of explained variance to the total variance. Let’s start with the definition of correlation:

Which is exactly the square root of \(SS_{reg}/SS_{tot}\). Note that on the third step we use the fact that the sum of the in sample residuals for a linear regression is zero.

Let’s take a step back. We’ve shown that when we are comparing the predictions of a linear regression model to the truth values over the training data, then the square of the correlation is equivalent to the coefficient of determination. What about over the test data? Well, in the case where the features are completely uncorrelated with the response values, the linear regression will end up predicting the mean of the training data. If this is different from the mean of the test data, then the \(R^2\) over the test data will be negative.

Both \(R\), MSE/RMSE and \(R^2\) are useful metrics in a variety of situations. Generally, \(R\) is useful for picking up on the linear relationship between variables, MSE/RMSE are useful for quantifying regression performance and \(R^2\) is a convenient rescaling of MSE that is unit invariant. And remember, when somebody quotes an \(R^2\) number for you, make sure to ask whether it’s \(R^2\) or the square of \(R\).