In this case the magnitude of this divergence is determine by the variance of the random variable \(L(g(X), y)\). In addition to the number of samples \(n\), this variance is typically determined by the variance of the random variable \((X,y)\) itself, as well as the degree to which \(\mathcal{D}\) defines high-weight regions over \(\textbf{X} \times \textbf{y}\) that both agree with \(g\) and do not agree with \(g\). 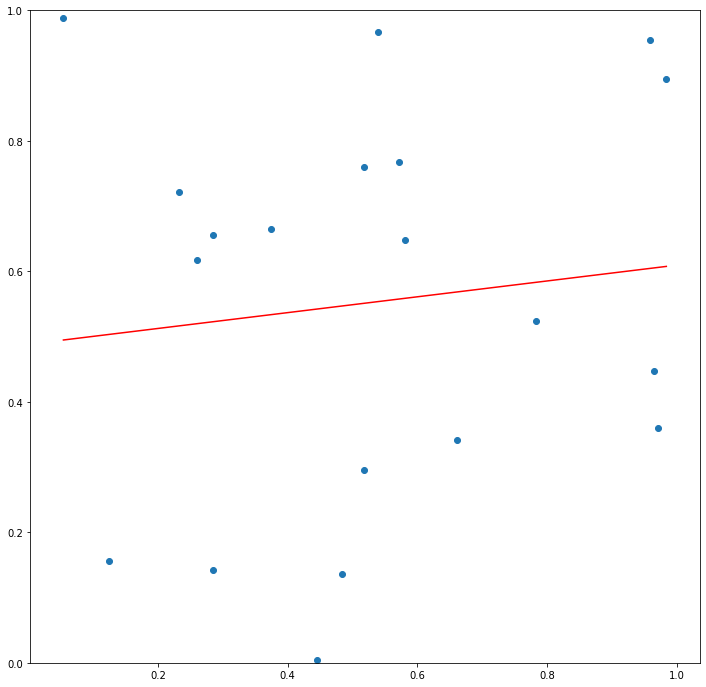 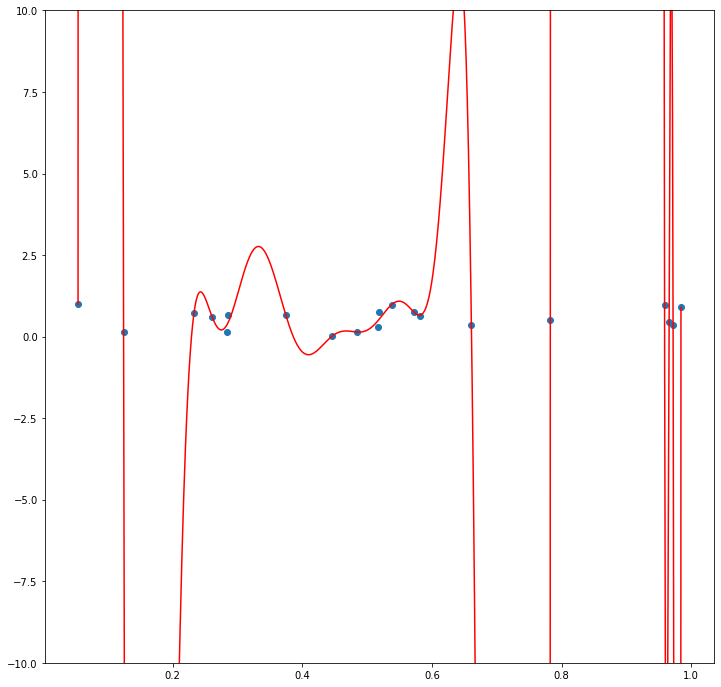 For each of these labelings, we can define an interval that contains all points labelled \(1\) and no points labelled \(0\). However, for any set of three distinct points \((X_1, X_2, X_3)\) ordered from smallest to largest, there exists no interval function that can generate the classification \((1,0,1)\). Therefore, the VC dimension of \(\mathcal{G}\) is \(2\).

As a consequence of this, there are many function classes that have very high or even infinite VC dimension, but have more managable Rademacher Complexity if we make even mild assumptions about \(\mathcal{D}_X\) (see the k-split interval classifiers in this paper for an example).

One thing to note about both Rademacher Complexity and VC dimension is that they tend to be correlated with the minimum number of bits we would need to uniquely identify a member of the corresponding function class. For example, consider the function class \(\mathcal{P}^d\) of \(0,1\)-coefficient polynomials of degree \(d\). As \(d\) increases, the VC dimension, Rademacher complexity, and number of bits required to uniquely identify each polynomial increases. This is a consequence of a much more general principle known as Occam’s Razor, which roughly states that simpler explanations tend to be more robust than complex explanations. There are deep information theoretic arguments for why this is the case, see this paper for more information.

In most modern Machine Learning applications, researchers work with extraordinarily complex function classes, such as deep neural networks or massive forests of decision trees. These function classes have extremely high or even infinite VC dimension and Rademacher Complexity. However, modern learning algorithms are capable of finding functions whose performance generalizes well regardless. One reason for this is the prevalence of regularization techniques, which guide learning algorithms towards lower complexity subregions of high complexity function spaces.

For example, consider the class \(\mathcal{L}^W\) of linear functions such that the weight vector \(w\) of the model has norm \(\|w\| \leq W\). The Rademacher Complexity of this class increases with \(W\). In general, the most popular algorithms for learning the values of these weights use gradient based methods for minimizing the loss function \(\frac{1}{n}\sum_{i=1}^{n} L(g(X_i), y_i)\) that do not explicitly restrict their search space to vectors with small norm. However, it is quite common to add a regularization term and use the algorithm to minimize the loss function \(\|w\| + \frac{1}{n}\sum_{i=1}^{n} L(g(X_i), y_i)\) instead. That is, although a learning algorithm may be searching the high Rademacher complexity function space \(\mathcal{L}^\infty\), the optimization criteria incentivizes the algorithm to prefer solutions in the low Rademacher Complexity region of linear classifiers with small \(\|w\|\).